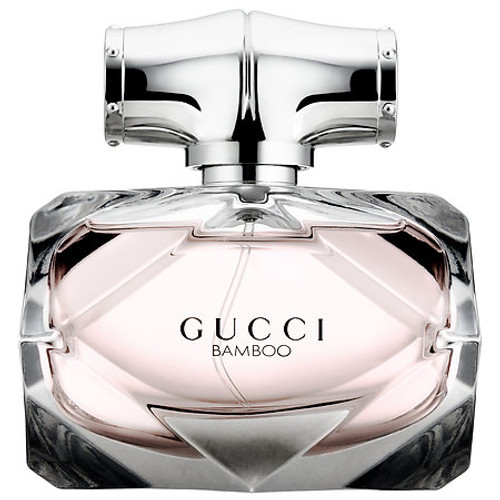 Gucci Bamboo By Gucci reflects confidence and femininity. It is designed for modern women of character that is multifaceted; the fragrance is intense, graceful and gentle at the same time. The composition is floral - woody.

About The Brand: Gucci is an Italian fashion and leather goods brand, part of the Gucci Group. Gucci was founded by Guccio Gucci in Florence in 1921. Gucci established a shop in 1920 that sold fine leather goods with classic styling. Together with three of his sons, Aldo Gucci, Vasco Gucci, and Rodolfo Gucci, Gucci expanded the company to include stores in Milan and Rome as well as additional shops in Florence. Gucci’s stores featured such finely crafted leather accessories as handbags, shoes, and his iconic ornamented loafer as well as silks and knitwear in a signature pattern. Aldo and Rodolfo Gucci further expanded the company’s horizons in 1953 by establishing offices in New York City.

Gucci Rush By Gucci For Women

Gucci Bamboo By Gucci For Women

Gucci Bloom By Gucci For Women

Euphoria By Calvin Klein For Women

Reb'L Fleur By Rihanna For Women