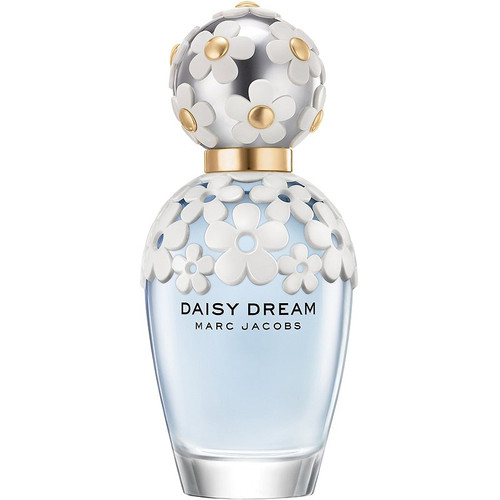 Daisy Dream By Marc Jacobs is a fruity floral fragrance for women. It's inspired by the endless spirit of daisies and blue skies. Daisy Dream reflects Marc Jacobs’ irresistible mix of intricate details, elegance, and femininity.

About The Brand: Marc Jacobs was born in New York City on April 9, 1963. After graduating from the High School of Art and Design in 1981 he entered Parson’s School of Design. As a design student at Parson’s, Jacobs was the recipient of some of the schools highest honors. In 1989 Jacobs joined Perry Ellis. Jacobs was named Vice-President of Women’s Design. While at Perry Ellis, Jacobs oversaw the design of various women’s licensees as well as creting the designer collection. In 1993, Jacobs Duffy Designs Inc. launched their own licensing and design company: Marc Jacobs International Company, LP.

Daisy Eau So Fresh By Marc Jacobs For Women

Daisy By Marc Jacobs For Women

D&G The Only One By Dolce & Gabbana For Women