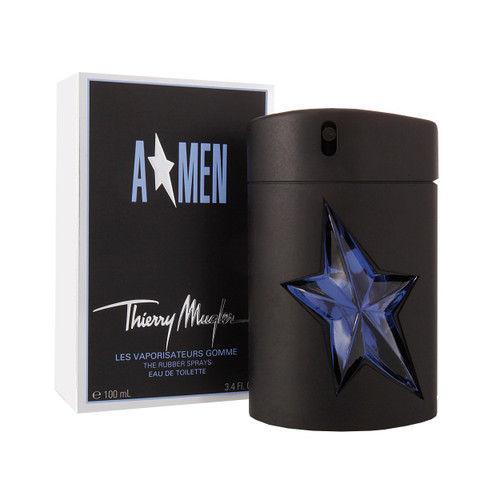 About The Brand: Thierry Mugler is a French fashion designer and photographer known for his 1980s fashions and credited with introducing a new fragrance trend or category gourmand in the 1990s.  He originally trained as a dancer and worked professionally starting at age 14. After studying interior design, he moved to Paris at at age 24 and began working as a window dresser and freelance designer. His first collection for women was produced in 1973. Mugler opened his first Paris boutique and also launched a menswear collection in 1978. His first fragrance, Angel, was introduced in 1992 and set the fragrance world on fire with its sweet and foodie notes. Mugler’s first official scent for men, A*Men, was introduced in 1996. Angel and A*Men have inspired dozens along with Alien in 2005. Mugler’s fragrances are offered in conjunction with Clarins Fragrance Group.

Angel By Thierry Mugler For Women

Gucci Guilty By Gucci For Men